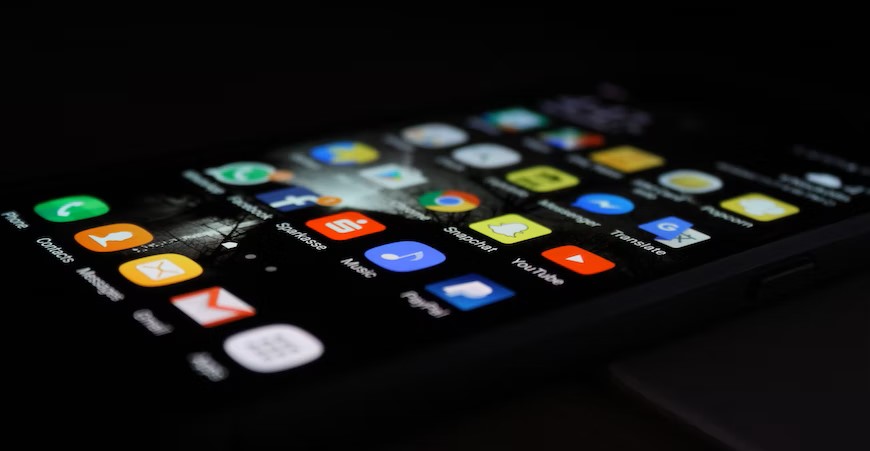 We rely on mobile applications to get us through the day, from managing finances to placing lunch orders. It’s impossible to think of an economic sector where connectivity or access haven’t been deeply influenced by mobile technology. But as we frequently use applications to carry out a variety of tasks, their failure may have a significant impact on our lives.

Mobile app crashing is one of the most upsetting problems for users. It also comes with a sizable detrimental effect on businesses because it often results in higher development costs and user attrition. In light of this, in this article, we’re sharing some of the most typical reasons for mobile app crashing, along with ways to solve them.

What is mobile app crashing

Crashing is a problem that affects all mobile platforms. According to Gergely Orosz’s book Building Mobile Apps at Scale, crashing occurs more frequently on mobile than on the web, due to the web’s nature of single-threaded execution within a sandbox. The two most important aspects related to crashes are keeping track of when they occur and having access to enough debug data. In the crash tracking process, Orosz advises recording the proportion of sessions that crash and trying to lower this figure as much as possible.

The metric that ultimately needs to be tracked to make sure apps don’t regress is stability. Although no app will ever be completely crash-free, if you can keep crashes to a level of stability where fewer than one in 10,000 sessions is affected, then you’re on the right track.

According to the App Stability Index by Bugsnag, median app stability scores are the following:

A 99.99% app stability score propels you far ahead of the competition, meaning that you are operating at a level of reliability that would be regarded as world-class.

There are six main reasons for mobile app crashing, most of them having to do with the degree of error handling, memory management, or testing.

Dependencies are external components that an app must rely on in order to meet its objectives and function properly. These dependencies can lead to certain types of app crashes due to certain reasons, such as:

Another major reason why apps crash or trigger memory warnings is high memory usage. Among the factors leading to poor memory management, incorrect cache usage and retain cycles are the most important ones. In the absence of proper configuration, cache usage can quickly grow and eat up existing memory.

Retain cycle or reference cycle is when two objects hold a solid reference to one another. Retain cycles can be escaped by loading memory objects, such as large images, when the need arises. This helps you avoid crashes, minimize screen load times, and boost performance. Moreover, when you receive a memory warning, you can release non-compressed memory objects.

To prevent or minimize your app’s risk of crashing, you need to focus on continuous and proper testing. Accurate app testing needs to be performed in several running environments, as well as on different platforms, devices, resolutions, orientations, or networks. In the process, you’ll be able to identify and monitor all the errors and bugs that can compromise your app’s stability.

Bear in mind that while it’s indispensable in the development cycle to test an app feature by feature, some issues might not be visible following this approach. To ensure a holistic view of potential errors and bugs, you need to also test the entire app experience so that you come across potential issues first-hand before the user does. You can do this through usability testing, which will reveal all the design and user experience problems.

Regardless of how rigorous you test your mobile app, certain errors are bound to occur. Among these, memory issues, network conditions, or sudden API changes may sometimes go undetected. In such circumstances, effective error and exception handling can prevent a crash.

An exception is a type of object that can be introduced when an app’s calling code encounters an error condition, which alters the execution flow of your application’s code. These exceptions can cause invalid application states, leading to app crashes, which is why both iOS and Android have dedicated exception-handling mechanisms. However, handling exceptions as they occur may not be enough, so you need to use existing exception history and test environment responses to prevent future errors and exceptions.

The lifecycle of an app frequently comprises actions and events that are structured in a specific hierarchy, and there are stage-specific challenges that may jeopardize the stability of your app. For instance, some of the most typical symptoms of improperly managed app lifecycles include resource consumption even when the app is inactive, app switch-related crashes, or loss of user progress while changing display orientation. Defining the correct order of these lifecycle events and responding appropriately to any potential difficulties associated with them are the keys to avoiding these issues. For this, you’ll need to properly track the key application states, to avoid any incorrect assumptions.

On the other hand, when employing agile in the mobile development lifecycle, you need to bear in mind that while agile’s focus on delivering new product features and updates in small increments at regular intervals is ideal for incorporating user feedback, this might come with disadvantages from a technical perspective unless done right. With incremental deliveries, you often have to deal with compatibility issues, which are the most critical to performance. Usually, experienced software development companies can help you address this sometimes challenging stage of the mobile development lifecycle.

6️⃣ Too much code

The easiest way to write code is to keep it simple because more code doesn’t always indicate better code or better functionality. In certain circumstances, having more code means having to deal with more bugs. One of the easiest ways to make sure your app won’t crash is to remove excessive or redundant code.

The most important areas to consider when looking to keep your code as light as possible:

🔎 Functionality: functional programming keeps the addition of dependencies to the minimum. Dependencies need to be tackled carefully because any flaw in the chain results in a series-circuit effect, which reduces the modularity of your code.

🔎 Nomenclature: one of the areas that need constant optimization. Long names with needless details just result in unnecessary code, while acronyms that are too short make things challenging for future developers.

🔎 Repetition: If you spot a pattern in your code, it’s possible that the same thing already exists elsewhere. If this is the case, you may have to refactor and restructure your code to allow for stable execution.

Now that we’ve discussed the most important reasons for mobile applications crashing, be sure to read part 2, in which we’ll go over the steps you need to take to prevent, identify, and resolve mobile app crashes.

Talk to your mobile development expert

Our mobile development team has over 11 years of experience in developing mobile applications and a vast mobile development portfolio that includes projects such as Tazz, Sameday app for couriers, Freshful by eMAG, Avantaj2Go by Credit Europe Bank app, PayPoint, eMAG Marketplace, Aurus, and many others.

Send us a message if you have any inquiries or want to learn more about developing mobile applications. No matter how complicated or ambitious your idea or project is, we are prepared to take it on.

What do sports, social entrepreneurship, and writing have in common with technology and DevOps?